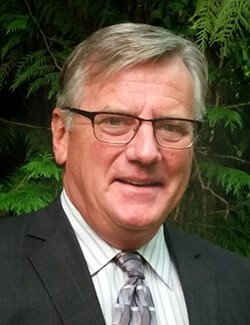 Scott R. Robbins has been practicing law in Bellevue, Washington for nearly 30 years. For the first 10 years of his legal career he was the Mercer Island Public Defender, where he took countless late night phone calls and 1000's of cases (give or take a few). Scott has defended people accused of DUI all over the State of Washington. In 1999, Scott was the recipient of the first ever Creative Advocacy Award by the Washington Foundation for Criminal Justice. In 2004, Scott and Howard Stein successfully argued Seattle v. Clark Munoz in the State Supreme Court. The result of that case led to suppressions of breath tests all over the State. In 2000, Scott and Judge McDermott's former associate, Scott Hughes, created the law firm Hughes|Robbins P.S. with an emphasis in personal injury and criminal defense. Scott resides in Fall City where he and his wife raised their two twin daughters and their Vizsla pointing dogs.